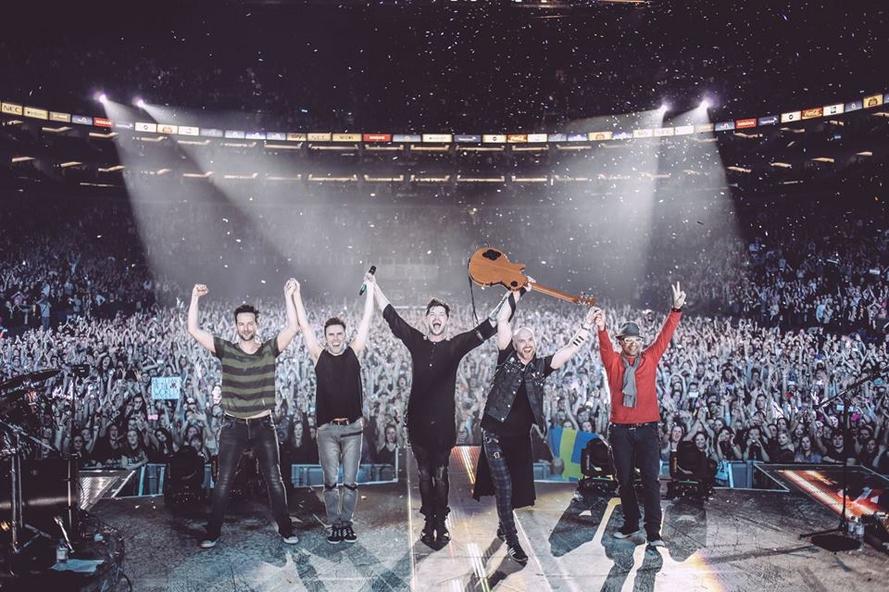 In his 30+ year career, Rodney Alejandro has become recognized as a protean polymath within the entertainment industry. He is adept at giving a rock star performance both on stage as well as behind the scenes. His career spans achievements as a musician, arranger, songwriter, music producer, music director, entertainment executive, public speaker, and educator.

In Rodney's most recent rock and roll chapter, he was a performing member of the international pop band The Script. As the keyboardist/music director, he was responsible for arranging and weaving the group's hit songs into an unforgettable concert experience. Highlighting the group’s brand of songs of mini-movies, Rodney crafted a musical storyline of sonic scenes that moved the audience from emotional swings of excitement to tears and back to sing-a-along hysteria that helped drive the band's popularity with concert-goers. The band completed several world tours across five continents headlining shows in theatres, arenas, stadiums, and world-renowned music festivals.

Before his tenure with The Script, Rodney built a career as a consummate professional behind the scenes. His work included songwriting/producing chart-topping songs in the English, Latin, and Asian music markets. His work has earned industry recognition with contributions to projects garnering Grammy, and Latin Grammy nominations, winning Billboard Latin Pop Album of the Year in 2004, and multiple gold and platinum-selling record awards.

Rodney also switched into tv/film opportunities and was the main title composer/producer for the Golden Globe winner for Best Drama Series The Shield, as well as the composer/music producer for Thief, co-producer for Now & Again, for The Ellen DeGeneres Show as main title/ music producer(Latin version), as well as contributing underscore for shows like HBO's Pee-Wee Herman's Broadway Special, The Unit, Smallville, Extra, and Access Hollywood.

Education has always been a priority throughout his music career. Though he deferred college to sign his first major-label record deal just out of high school, some years later he enrolled at San Jacinto Junior College to begin studying music. Later he transferred to Berklee College of Music where he dual majored in Contemporary Writing and Production, and Music Production and Engineering. He completed his studies graduating Summa Cum Laude. Later in his career, while touring the world, Rodney wanted to expand on his education and was an early adopter of online learning. He enrolled at Fullsail University and completed his Entertainment Business Master’s of Science graduating Valedictorian.

Rodney has given speeches and masterclasses on performance, songwriting, and music production at various colleges worldwide. He has served on the boards of non-profit arts and education organizations both in the United States and Mexico. In 2006, he was honored by his alma mater Berklee College of Music as the Alumnus of the Year, and in 2011 received recognition as the Music Education Advocate of the Year from The Recording Academy - TX Chapter. In 2020, after a thirty-plus-year career working on stages and in studios around the world, Rodney now adds the title of professor to his list of professional roles. He is currently an Associate Professor at Berklee College of Music, where he teaches songwriting and music production.  Sharing his knowledge and experience from a distinguished music career.